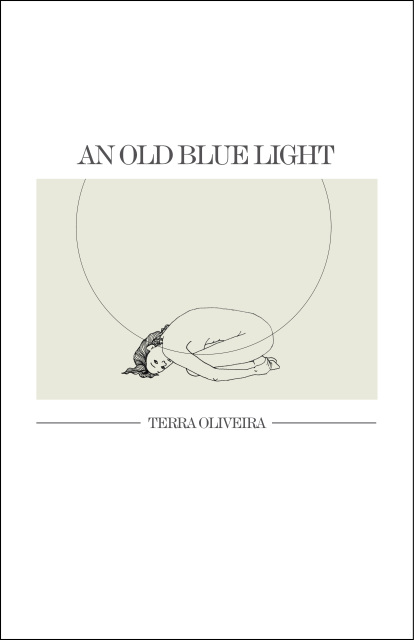 Written while in travel and in transition, An Old Blue Light evokes the feeling of roads, trains, new environments, and new sensations in a dialogue between the inner and outer world. Oliveira's work is often existential, sometimes questioning, sometimes resolving, but always with feeling. Threads of old grief and contented detachment accompany honest illustrations and prose, weaving together a collection on the border between the ascetic contemplations of a mystic and the vulnerable confessions of a person who dreams and loves.

"Terra Oliveira has always been able to bring the achingly human and the cosmic together, their poetry being the meeting point. This book feels like a triumph over loss. It feels like a discovery within oneself. Both ethereal and grounding at the same time. I feel as if I am experiencing their personal journey with them. They do not fail to inspire."